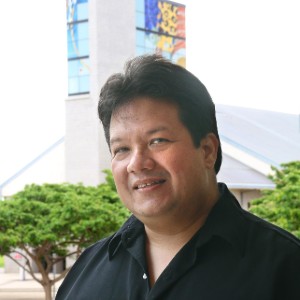 Jeffrey Moniz is the Vice Chancellor for Academic Affairs at the University of Hawai‘i – West O‘ahu. A former schoolteacher and, later, professor of education at the University of Hawai‘i at Mānoa, he is now the chief academic officer at UH West O‘ahu. Jeff earned a Bachelor of Arts in history and a Master of Arts in Teaching from Beloit College in Wisconsin. He also earned Master of Arts and Doctor of Philosophy degrees in education from the University of California, Santa Barbara. He has taught and written about matters of race, ethnicity and culture and espouses a pedagogy grounded in multiplicity. Born and raised on O‘ahu, Hawai‘i, he savors life on his home island with his wife and two sons.