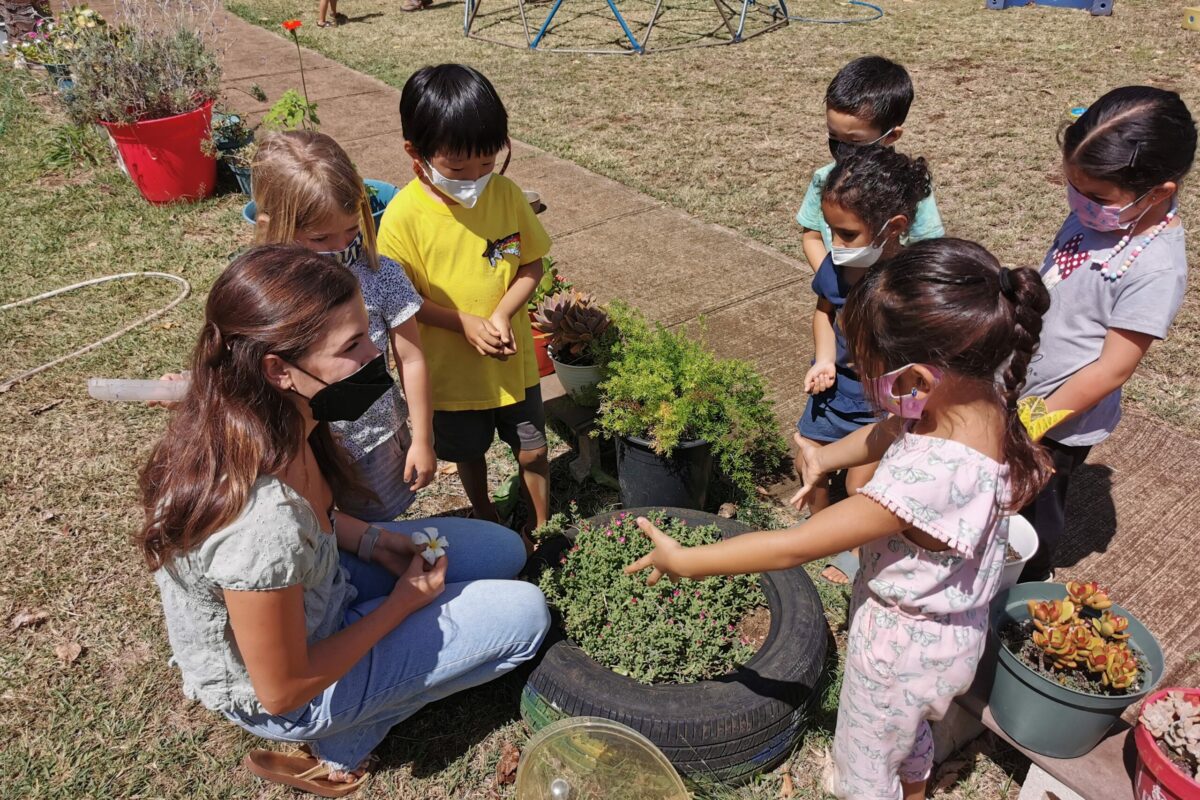 On October 25, 2022, the RAND Corporation released a report on the Early Childhood Educators in Hawai’i: Addressing Compensation, Working Conditions, and Professional Advancement. This report contains a study that illuminates areas of compensation, working conditions, professional growth incentives, and a high-level roadmap.

The Hawai’i Early Childhood Educator Excellence and Equity (ECE3) Project, directed by Dr. Theresa Lock of the University of Hawaiʻi at Mānoa College of Education (UHM COE), commissioned RAND Corporation to conduct this study, which is a key component of the project.

“As we redesign the early educator preparation programs through higher education, we also need to close the compensation gaps to recruit and retain more highly qualified early educators,” said Lock. “The RAND report is the first step to achieving our vision of building a well-prepared, well-supported, and well-compensated early care and education workforce for our children, birth through age eight, and families in Hawaiʻi.”

The RAND research team conducted interviews with12 Hawaiʻi and national experts in the field of early childhood education. There were nine focus groups with a combination of 50 center and home-based providers and college students. The survey was distributed to Department of Human Services licensed center directors and regulated family child care (FCC) providers with responses from 99 directors and 48 FCC providers representing 143 center-based sites.

Participants shared their views on being paid low wages. For example, wages and salaries were not competitive with jobs requiring similar levels of education or experience with a $10-$15 disparity. In addition, benefit packages varied across settings, and there were challenges in providing supportive working conditions, problems with recruitment and retention, and limited incentives or supports for continued education and professional development.

Here are some of the survey responses from center directors, teachers, and FCC providers:

“It is very tough to keep good teachers with so many other jobs offering great pay and little stress.” – Center Director

“Most of us here on the islands, it’s usually a one-man operation.” – FCC Provider

“There is no designated space, so I just kind of do [planning] in the classroom when the kids are asleep.” – Center Teacher

“Retaining and finding staff is unbelievably difficult. This is due to low wages. People make more money working [in fast food] than in early childhood education. This is a disservice to staff who work hard daily and a disservice to children.” – Center Director

Based on their findings, the RAND research team developed a three-pillar roadmap with financing options and the following policy options: 1. stabilize the ECE workforce through wage supplements, initiatives to address benefits and working conditions, piloted salary scale, and expanded apprenticeships; 2. strengthen and sustain through salary scale, compensation parity, and scaled up initiatives to address benefits and working conditions; and 3. support workforce policies through facilities investments, workforce registry, capacity for benchmarking compensation, key workforce indicators, and other data systems.

With the completion of the RAND report, the ECE3 Project is convening a Compensation Implementation Plan Task Force, composed of representatives from various agencies, such as Hawaiʻi Careers for Young Children, Hawaiʻi Early Childhood Advocacy Alliance, Hawaiʻi Community Foundation, Department of Human Services, Executive Office on Early Learning, and the Early Learning Board. The purpose of the task force is to customize the roadmap to Hawaiʻi by utilizing lessons learned from other states and piloting initiatives at a smaller-scale that would eventually be expanded statewide.

“We need everybody at the table – local, state, and federal policymakers, early educators, business and community leaders, and families – backing these kinds of supports so that essential early educators feel valued and can provide the critical service of educating our youngest learners,” stated COE Dean Nathan Murata.