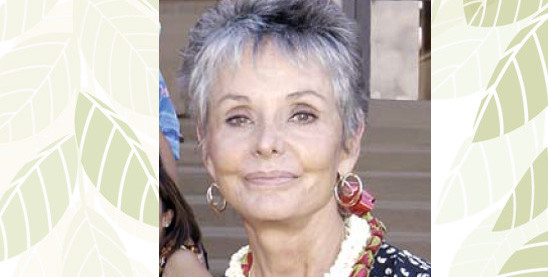 On June 18, 2014, Professor Emerita Linda McCormick passed away at the age of 77. McCormick began her 27-year career in the College of Education (COE) Department of Special Education (SPED) as a visiting associate professor in 1979, quickly earning tenure status and the title of full professor. Her contributions to the field of special education and early childhood special education are numerous, particularly in the development of inclusive educational environments for children with disabilities. The co-author of nine books and multiple journal articles, McCormick’s works serve as foundation texts in programs and universities nationwide.

Born in Cedar Rapids, Iowa, McCormick received each of her degrees in Nashville, Tennessee. She earned her bachelor’s degree in psychology from Belmont College and both her master’s and doctorate degrees in special education from the George Peabody College for Teachers (merged into Vanderbilt University in 1979). Prior to moving to Hawaiʻi, she served on the faculties of Vanderbilt University and the University of Alabama at Birmingham.

At the COE, McCormick was the coordinator of early childhood special education training. Her areas of research and expertise included early intervention and early childhood special education, language intervention, inclusion/co-teaching, and severe disabilities. She provided constant mentorship to her students, encouraging and fostering excellence in their own achievements. Today, many of these former master’s and doctoral students are leaders in the field of special education. She was granted emeritus status in 2006, the same year she was given the COE Faculty Senate Lifetime Achievement Award.

Through her collaborative work with colleagues Stephanie Feeney in the COE and Dana Davidson in the College of Tropical Agriculture & Human Resources (CTAHR), McCormick established an interdisciplinary master of education degree (MEd) in early childhood education. Just this year, she published a second edition of Teaching Young Children with Disabilities in Natural Environments with longtime colleague, Mary Jo Noonan.

“Linda was a generous friend and mentor for her students and colleagues,” Noonan wrote. “She was loved and respected by those she touched. Her legacy will live on through her teaching and scholarship that contributed to our understanding of the challenges and improvements needed in services and supports for children with disabilities and their families.”