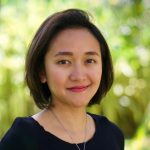 How I Practice STEMS²

I’m a settler in these Hawaiian islands – temporarily in 2008-2010 while completing my master’s degree, and now indefinitely since 2014 while working at UH. I’d also been somewhat “pseudo-nomadic” my entire life. What remains constant are the threads of commonalities that I keep running into, and my “inability” to succumb to the “science vs arts” division. STEMS^2 is the first “package” and philosophy of knowing and learning that feels human to me. As an example, I am not a linguistic expert, but I’m a language and cultural observer, in that I see connections between disparate places of the world. For example, every day I run into Hawaiian words and concept names that I also find “siblings” or “relatives” of in the Southeast Asian languages that I’m familiar with. My favorite are “honua”, “honu”, “moana” in Hawaiian that are “benua”, “penyu” and “buana” in many Malay and Sanskritic Southeast Asian languages. In Malay, these words mean “continent or earth”, “turtle”, and “universe or vastness”. Yes, human migration over the tens of thousands of years no doubt made this possible, but on a daily basis, I don’t think the random person in Hawaii and the random person in Southeast Asia realizes this immediately. I’m therefore slowly trying to build and manifest those connections, starting with the “how cool is this” sort of “fun dictionary” idea, but ultimately shedding light on my theory that these concepts such as taking care of our homes stick around in our languages even as we’ve diverged into different groups over thousands of years not just because that’s how languages develop, but because it has been our responsibility, our “busi-ness” and our pre-occupation. We did it pretty well, I’m guessing, until about 12,000 years ago or so when we just started getting really crappy at it. I won’t see things turn around in my lifetime, but I want to be part of the effort to try to turn things around.

I came to do my graduate studies at UH Mānoa to learn more about the region that I'm from: Southeast Asia (MA was in Asian Studies at the School of Pacific and Asian Studies), through the interdisciplinary lens of sociology, political science, cultural studies, and the performing arts. Like how some students-of-the-arts/artists/performers have a craft such as ballet or contemporary modern dance, my craft (my "highway") has been traditional Balinese dance, and I've been at it for nearly 20 years. In the meantime, my "day jobs" have typically been administrative, with attention to technologies of doing (I'm a heavy tech user yes in that annoying traditional sense, but also because I believe in using technology to spread messages and narratives i.e. marketing, as well as to optimize my own productivity in my workplace).

I primarily teach in

I am a project/program manager (administration and strategy), currently for the International and Special Programs unit in the Dean's Office of the College of Education, UH Mānoa).I also recently became the Executive Director of Arts Focus Southeast Asia or AFSEA, a new Pacific-based entity that promotes and fosters an appreciation of the arts of Southeast Asia through education, performance, preservation, collaboration, and innovation.