In late October 2019 I wrapped up my keynote presentation reading these words to the Tribal and Indigenous Early Childhood Network at the National Association Education for Young Children 2019 Annual Conference:

“…But Raven held on to the Tide Lady and hollered, “Where are you Gidzanóox’? Gidzanóox, go down to check the tide!”

“Raven the tide is as low as half a man.”

To me, this excerpt from one of my most cherished children’s books, Raven and the Tide Lady (an adaptation from the traditional Alaska Native story) is a treasure; a medley of Indigenous knowledge, high-quality children’s literature (you should see the illustrations by Tlingit artist, Michaela Goade) and Ethnomathematics (specifically anthropic measurements).

In the months preceding the NAEYC Annual Conference, I thought deeply about the message that was uniquely mine to share with this special interest group made up of Indigenous and non-Indigenous early childhood educators and administrators. I grappled with which aspect of Ethnomathematics and its intersect with early childhood education would be meaningful to my audience. As I dove into the literature, I discovered, according to a study that many scholars considered the largest and most comprehensive longitudinal study on school readiness, “early math is a more powerful predictor of later reading achievement than early reading is of later math achievement” (Bruce, Flynn & Moss, 2016). This study by Duncan et al. “analyzed six longitudinal data sets to discover that mathematics skills at kindergarten entry were the best predictor of later school achievement, and that this pattern was consistent for both boys and girls from both high and low socioeconomic backgrounds (Bruce et al., 2016).” This was significant information but I also noticed something else glaring at me in the literature. It was clear that there is an urgent need for explicit attention to spatial reasoning in curriculum development and support for teacher and student learning in spatial reasoning (Bruce et al., 2016). I learned that, in fact, spatial skills and geometry often receive the least priority in early childhood and kindergarten classrooms (National Research Council, 2009). Early childhood mathematics teaching has traditionally focused (and continues to focus) mostly on counting and cardinality; which is contrary to current research that shows that children are much more capable of sophisticated mathematics (McCormick & Theodore, 2018).  I wondered what was being done about this throughout Turtle Island in terms of early childhood mathematics. My workshop question for the group evolved into:

In what culturally relevant and sustaining ways could you integrate more spatial reasoning into your early childhood community classrooms/programs? The response was inspiring. One educator from an American Indian nation shared how she teaches her early childhood classroom about the six directions, reinforcing the one valued in their home or offering them an alternate spatial reality and way of being in the world.

For my concluding remarks of the conference session, I wanted to plant one seed, an idea that they could nourish into something their very own. In my preparation, I also learned that narrative context increases the effectiveness of constructive task interventions (Casey et al., 2008). In closing I posed the following questions that I, in turn, pose to you (the reader): What would be the impact if we used stories, our traditional stories, to guide our children during block play (or other constructive tasks)?; What stories would you share with your learners?; What could we then co-create? 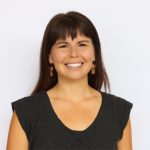