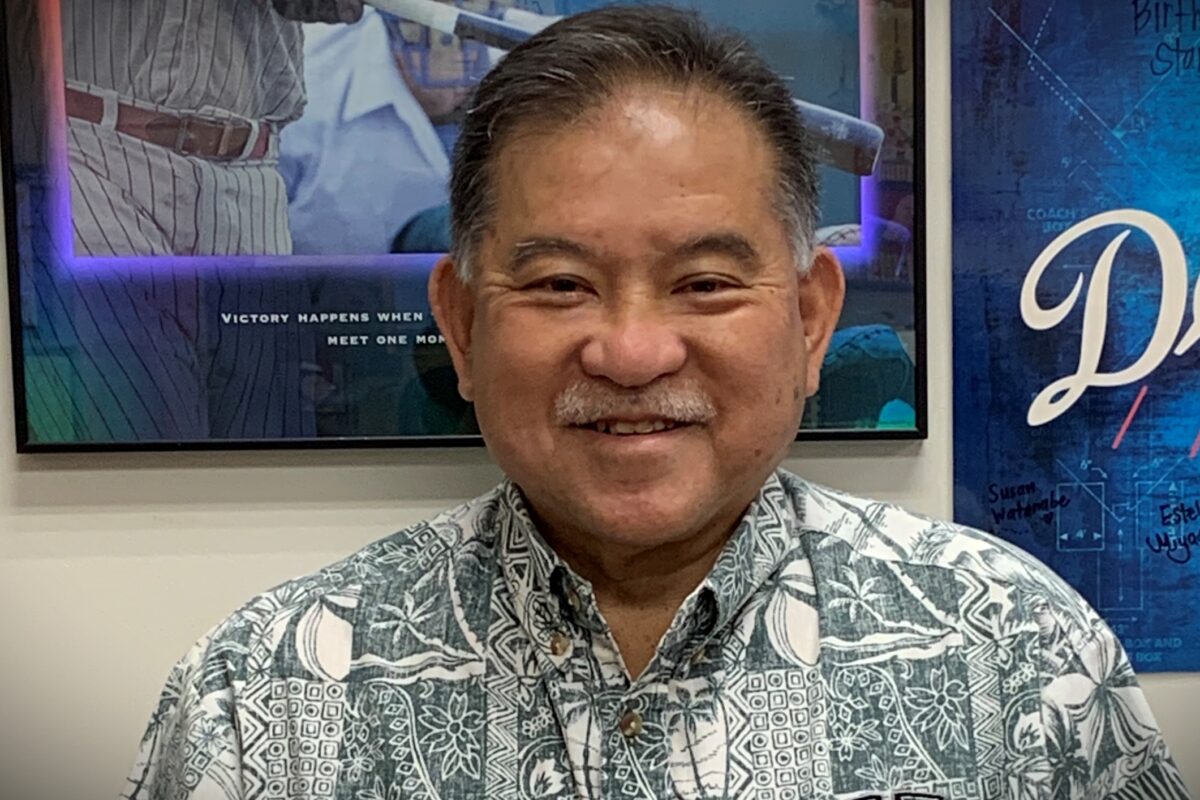 The UH Mānoa College of Education Alumni Association (COEAA) has named Stanley Tamashiro as their 2022 Distinguished Alumnus. Tamashiro, who earned his BEd in Secondary Education, has been the ʽEwa Elementary School Principal since 2003.

“I am grateful to those individuals who felt I was worthy of being nominated as the Distinguished Alumnus, to those who supported my nomination by submitting letters of support, and to the COEAA for recognizing our school and myself with the award,” Tamashiro said. “I have been able to serve our school and community due to the sacrifices made by my wife and our family who sometimes took a back seat to what I needed to get done for the school.”

“The board selected Stanley for his leadership, dedication, and commitment to his school, its students, families, and community,” COEAA President Steve Shiraki said. “His keen sense of continuous improvement has led to the creation of a strong foundation of learning, and his ability to form and sustain partnerships will support future educators and the community of learners at ʻEwa Elementary School.”

Growing up, Tamashiro shared that five of his aunts and uncles were teachers or administrators, which ignited his desire to become an educator. After deciding on a business education track, he found himself in leadership roles and learned that he enjoyed being a leader rather than a follower.

“When I moved out of the classroom to a district resource teacher position, it opened up opportunities to see how other schools were organized,” Tamashiro said. “This helped me to gain a better understanding of the importance of relationships and having systems in place.

Tamashiro credits his mentor teacher Helene (Nakamoto) Shinjo for teaching him about attention to detail when he worked under Arthur Koga at the District Office. Through her mentorship, he says he gained a “bigger picture” perspective that helped him with decision making.

Tamashiro concluded, “This award means that our faculty and staff have appreciated my leadership style and responded positively to initiatives I’ve instituted at ʽEwa Elementary School. It also means that we have many dedicated and committed faculty and staff members who understand ‘The ʽEwa Way of Kaizen, Kina’ole, and Komunidad.’”