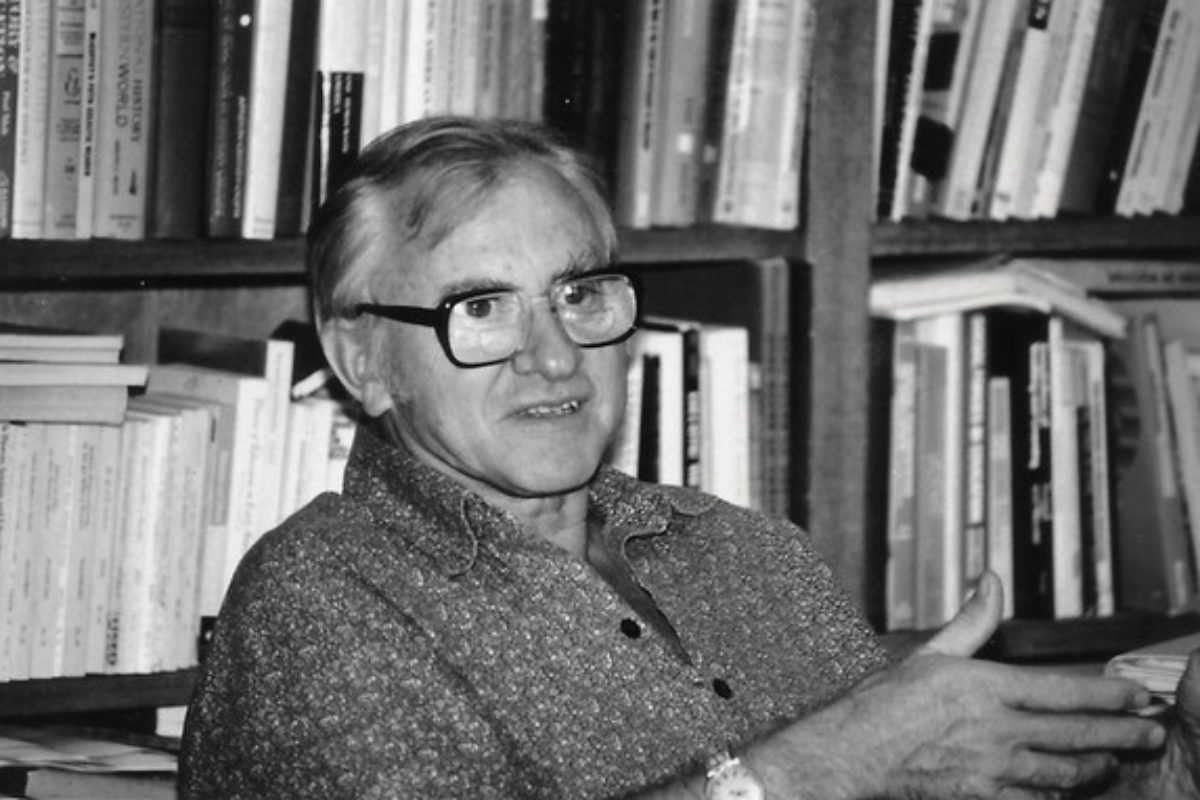 Professor Ralph Stueber passed away on November 18, 2020 at the age of 93. Beginning his career with the University of Hawai‘i at Mānoa College of Education (COE) in 1959, Stueber retired from the Department of Educational Foundations (EDEF) in 1993.

Hunter McEwan, EDEF Professor (ret.), shared, “Ralph was an important force and influence in the college and a stalwart member of EDEF. He was a delightful and supportive colleague to many younger faculty who benefited from his guidance. As one of the founders of Educational Perspectives, he helped sustain the publication in its formative years and continued to support it into the present time.”

Born in Clyman, Wisconsin, Stueber was a laborer in his youth. Having worked in a packing plant, feed mill, hatchery, and canning factory, he took various jobs as a newsboy, farmhand, stock boy, truck driver, and construction worker. Stueber served in the U.S. Navy from 1945–1946 before earning his BS, MS, and PhD from the University of Wisconsin.

Stueber and his wife Cecelia, who were married for 71 years and had three sons, attended school together from the 7th grade through the University of Wisconsin. At the Wausau campus, Stueber became an instructor as well as athletic director and coach in the 1950s. Later, at the University of Wisconsin-Madison, he was a graduate teacher and research assistant in educational foundations.

Described by many, including Professor Emeritus and Former Dean Don Young, as “having a challenging intellect and always eager to engage in philosophical discussion,” Stueber was also an important supporter of the COE Master of Education in Teaching (MEdT) program.

During his tenure with the COE, Stueber’s teaching and research focus was primarily the history and philosophy of education while his numerous publications included topics on equal access to educational opportunities, education reform, and community education development among others. He created courses on international development and multicultural education, co-developed the Educational Policies Studies Program, and helped to establish an undergraduate certificate program in Peace Studies.

A chair and advisor for more than 20 master’s and doctoral students, Stueber’s service to the college, university, Department of Education, and community was vast. He served on many committees and councils, co-founded the Hawai‘i Educational Research Association (HERA) in 1978, served as HERA president (1982–84), and was Vice President for Programs Phi Delta Kappa (1980–81). He was president of the COE Faculty Senate for several years and a member of the Mānoa Faculty Senate and UPHA Board of Directors from 1985 until his retirement in 1993.

Stueber was the recipient of a multitude of awards and recognitions, including a National Achievement Award for his work with the Hawai‘i Youth Congress Planning Committee bestowed by the City and County of Honolulu, a COE Orrel Davis Award for community involvement, and a “Community Treasure” designation by the Hawai‘i Community Education Association.

“Ralph was a great supporter of and contributor to educational foundations, the college, and the community,” said David Ericson, EDEF Professor (ret.). “He was generous with his time and thoughtful in his contributions to the cause of reforming teacher preparation to emphasize the integration of theory and practice, an approach that continues today.”

Gifts in memory of Dr. Ralph Stueber may be made payable to UH Foundation (with a memo line indicating “In Memory of Dr. Stueber”). Please send to Mark Fukeda, Director of Development, UH Mānoa College of Education, 1776 University Avenue, Everly Hall 131, Honolulu, HI 96822.