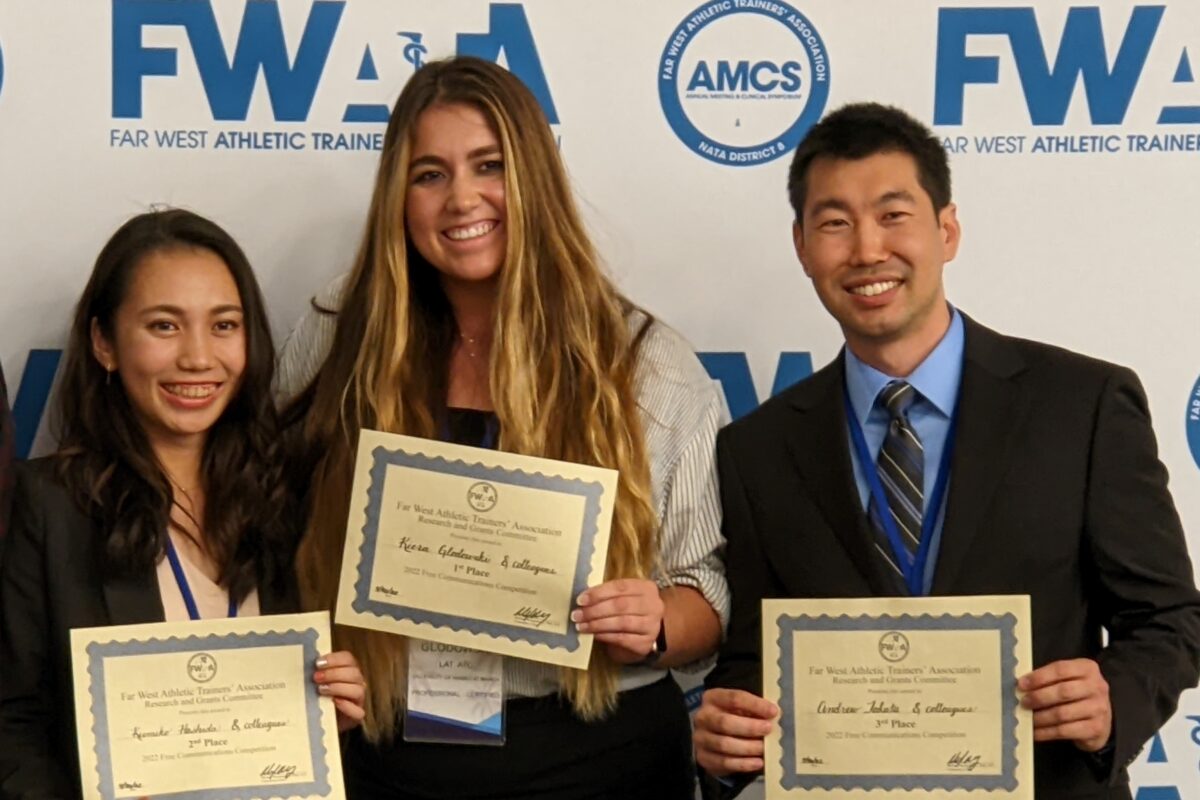 Two doctoral students were awarded both of the FWATA research grants. Kumiko Hashida, under the advisement of Associate Professor Kaori Tamura, won for her research on “The Examination of Post-Concussion Deficits Following Completion of Return to Play Protocol using Clinically Feasible Dual-Task.” Andrew Takata, under the advisement of Professor Cris Stickley, won for his study on “The Effect of Stroboscopic Visual Feedback Disruption on Gait Biomechanics Following Anterior Cruciate Ligament Reconstruction.”

“We are proud of all our graduate students who attended and especially excited for our grant and research poster winners,” KRS Assistant Professor Bret Freemyer said. “They represented KRS, the College of Education, and UH with great professionalism, and their academic achievements are commendable.”

KRS faculty members who attended the meeting included co-directors of the Human Performance and Gait Lab, Stickley and Freemyer, and program director for the Athletic Training Program, Tamura.

“Our district has over 3,000 members, and this event provides education programs to facilitate continuing education and learning for athletic professionals,” Freemyer said. “Considering Hawaiʽi only accounts for about 10% of the district, it truly speaks to the ability of our students to prepare and carry out worthy research projects under the tutelage of our faculty mentors.”