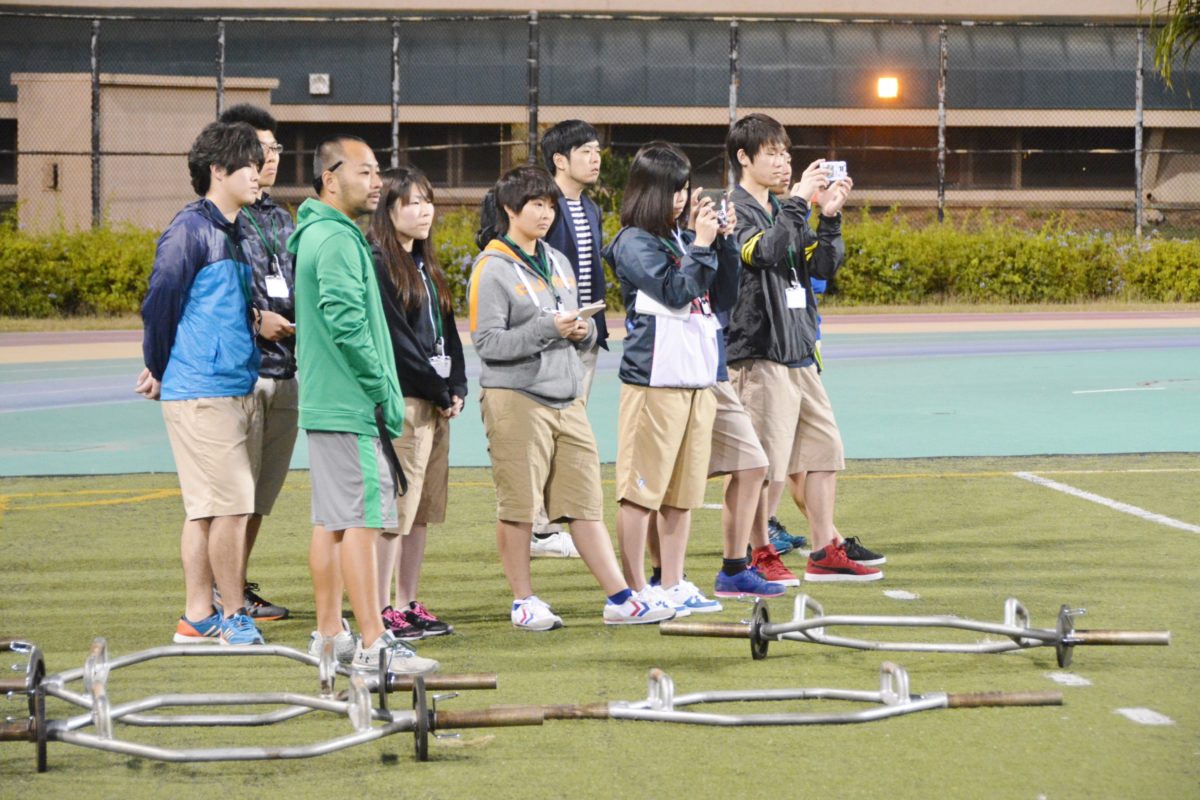 Nine students and five faculty and staff from Sendai University visited the department of Kinesiology and Rehabilitation Science (KRS) at the COE for the 22nd time in February 2016. From February 8th to 12th, the students took workshops and observation classes as well two sessions of English language for health professionals as part of their training towards certification in athletic training.

Sendai University, based in Shibata, Japan was established in 1967 and is the only university specializing in physical education and sports and health sciences in northern Japan. The short-term study tour relationship between Sendai University and KRS is more than a decade old, although they recently entered into a formal relationship with the signing of a Memorandum of Understanding in September 2014. Both partners are committed to exploring, extending, and enhancing their collaborative efforts, particularly to strengthen future interactions between faculty, staff, and students.

With the newly constructed Learning Commons at Sendai University, KRS hopes to bring the first group of UH Mānoa KRS students there in the near future. The building was envisioned precisely to bring visitors from both inside and outside of Japan.  In the meantime, KRS is getting ready for their four-month distance learning course in athletic training, designed to prepare Sendai University students for their visit to the U.S.