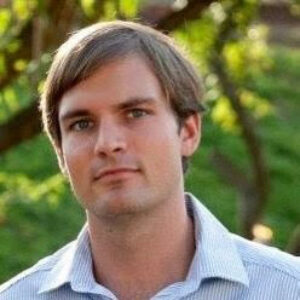 “I’ve really enjoyed SPED for a lot of reasons. It’s a truly student-first approach to education, and the students are by far the best part of the job.”

Where did you grow up?
I grew up in Kailua, and I’m lucky to still live and teach here. I went to Lutheran High School, which sadly no longer exists.

How did your experiences while growing up influence you to become an educator?
My earliest memories of school were generally pretty negative. I remember really dreading school. In my mind, it was the place where teachers got me in trouble. I was lucky to have a stable, supportive home environment and two very patient parents. In different circumstances, I’m not sure I would’ve stuck with school very long.

I started to like school in high school. It became the place where my friends were, the place where I played sports. It was fun being there, and even though I was never a particularly good student, it helped that assignments increasingly became writing papers, which was easier for me.

What did you study in college?
I went to Chapman University in California for my undergraduate degree, which was in creative writing. I moved home after graduating, and after a year of figuring out what I was going to do next, I decided the most reasonable thing to do was become a teacher since that would (in theory) accommodate a writing life. So, I applied to the UH Mānoa College of Education and got a post-baccalaureate cerificate in 2014 in special education, which I completed while I was working as an emergency hire.

What is your history as an educator?
I started as a part-time teacher at an elementary school, then taught science and English at summer school and was an emergency hire at a middle school where I taught SPED English Language Arts and social studies. At the time, I was getting my PBSPED, working a part-time job, and tutoring on the side. Needless to say, I was burned out, broke, and still in student debt, so I moved to Seoul, Korea where I taught English to 8th graders for five years. Now I am back in the Hawaiʻi DOE, teaching special education math at Kailua Intermediate School.

Why did you decide to become a special education teacher?
I have a bit of a boring origin story. After I graduated with a degree in creative writing, I felt like I had done a round of following my heart, and I figured I needed to balance it with a round of following my head. I heard that special education was a high-needs area that would always have job availability, and since there was a stipend at the time that paid for all my tuition, it felt like a reasonable, smart move.

I’ve really enjoyed SPED for a lot of reasons. It’s a truly student-first approach to education, and the students are by far the best part of the job. They keep the days busy and fun and chaotic and new. I’m my best self around them.

How did you become a writer?
I grew up writing goofy stories about monsters and aliens when I was a kid, then bad poetry as a teenager. I wrote mostly short stories during college and afterward, and in 2014, I started writing about sports, particularly combat sports. Sports provide a nice way to vault into all sorts of things – social issues, politics, economics, philosophy, pretty much anything. So it was a good foundation to start a wide-ranging freelance career.

I had written a few Community Voice pieces for Civil Beat while I was living in Korea, and the editors encouraged me to reach out to them when I was back in Hawaiʻi. I moved back in 2019, worked for a news station for a year, and when I went back to teaching, I started writing a column for them. This was the summer of 2020, so there was a lot going on about how schools would operate during the pandemic. There was a lot to think and write about, and it directly affected me and my students. It felt right to use the column to go deeper into the important conversations that were happening at the time.

As far as articles I’ve written about education, I’m not sure if any have been “impactful” in any real sense, but my favorite might still be my very first Civil Beat column, which is a sort of manifesto/memoir that had been rolling around in my head for a long time. I think my most meaningful article was when we had a student suicide last year.

What are three fun facts about you?
1. I play pickleball.
2. I like to stand-up paddle.
3. I have two dogs that are total goons, but I love them.

I'm interested in learning more about a degree or certificate in Special Education.