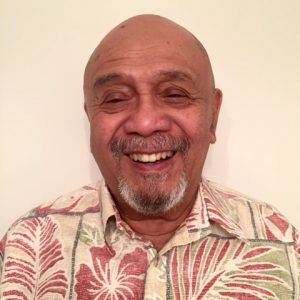 "I was always drawn to helping ethnic minorities, the underserved, and those from low socioeconomic backgrounds."

How did you become interested in the field of education?
I was always drawn to helping ethnic minorities, the underserved, and those from low socioeconomic backgrounds. Perhaps I felt compelled to help these kinds of folks since that is my background too. Poor and with a limited education, my parents came from the Philippines as immigrant laborers to work on the sugar cane plantations. While raising their family in poverty, my parents instilled in their children strong values for helping others and encouraged us to go to college.

How did the COE impact or influence your career path?
When I first started working at LCC in 1969, I was told I would get a pay raise if I had a master’s degree. I needed that raise since I had just gotten married and had a newborn son. The problem was that I wasn’t in good academic standing at UH Mānoa due to my low GPA and had been dismissed in 1965. However, I knew that wasn’t a reflection of my ability, and I was more motivated to do well. So I scheduled a meeting with the Dean of the COE to petition my status, and I brought my infant son with me to help make my case. I asked for another chance, and it was given to me.  Thanks to the compassion and grace showed to me by the COE, I finished my master’s degree in educational psychology and went on to a successful career in higher education. The ironic part is that my then infant is now the Director of the Office of Student Academic Services for the COE!

You were chosen as the 2017 COE Alumni Association Distinguished Alumnus recipient, were recently recognized by the Hawai‘i State Senate for your lifetime achievements, as well as honored by the City and County of Honolulu after 46 years of service at Leeward Community College and upon retirement as Deacon from the Catholic Diocese of Honolulu.

What do these accolades mean to you?
I’m basically a steward of these awards. I take joy in knowing that this means I’ve helped others not to give up and to become the best version of themselves. Hopefully these awards can inspire these folks to go even further and do the same for others!

Read more about Ernie Libarios in the COEAA Spring Newsletter.

I'm interested in learning more about a degree or certificate in Educational Psychology.