Be a Hero. Be a Teacher. Contest Winner is Announced 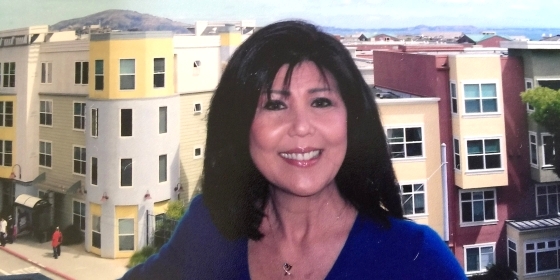 On March 29, 2019, Hawaii News Now announced Charlene Abe, Student Services Coordinator at Pearl City High School, as the winner of the Be a Hero. Be a Teacher. contest. The contest is one of several spinoffs of the original UH System campaign, which includes a 30-second Public Service Announcement, a two and half minute slam poetry video, and a website.

The contest recognizes a stand-out teacher who has been a hero in the eyes of students, working every day to make a difference in their lives. Abe was nominated by Hawai‘i Department of Education Administrator Danielle Himalaya, a former student of Abe’s who became a teacher herself.

“It is such an honor to have an award not from your constituents, but a former student,” Abe said. “Danielle came to me with a myriad of challenges; however, she learned to believe in herself and understand her self-worth. Her grit, tenacity, and genuine desire to succeed kept her reaching for something greater and got her to where she is today – soaring! I am so very proud of her and so very grateful that she allowed me to be a part of her life.”

Himalya wrote, “She became the mentor and teacher I needed to put me back on track. Her tell it like it is attitude mixed with tough love helped me to realize that I have control over me and my situation, and I don’t have control over the others and their actions.”

Conceptualized by the College of Education’s beloved late Niki Libarios, Be a Hero. Be a Teacher. highlights the benefits and rewards of becoming a teacher in order to inspire students and working professionals to consider a career in education.

“There were many nominees for the contest, but Ms. Abe’s story exemplified what the campaign is all about,” said Dean Nathan M. Murata.